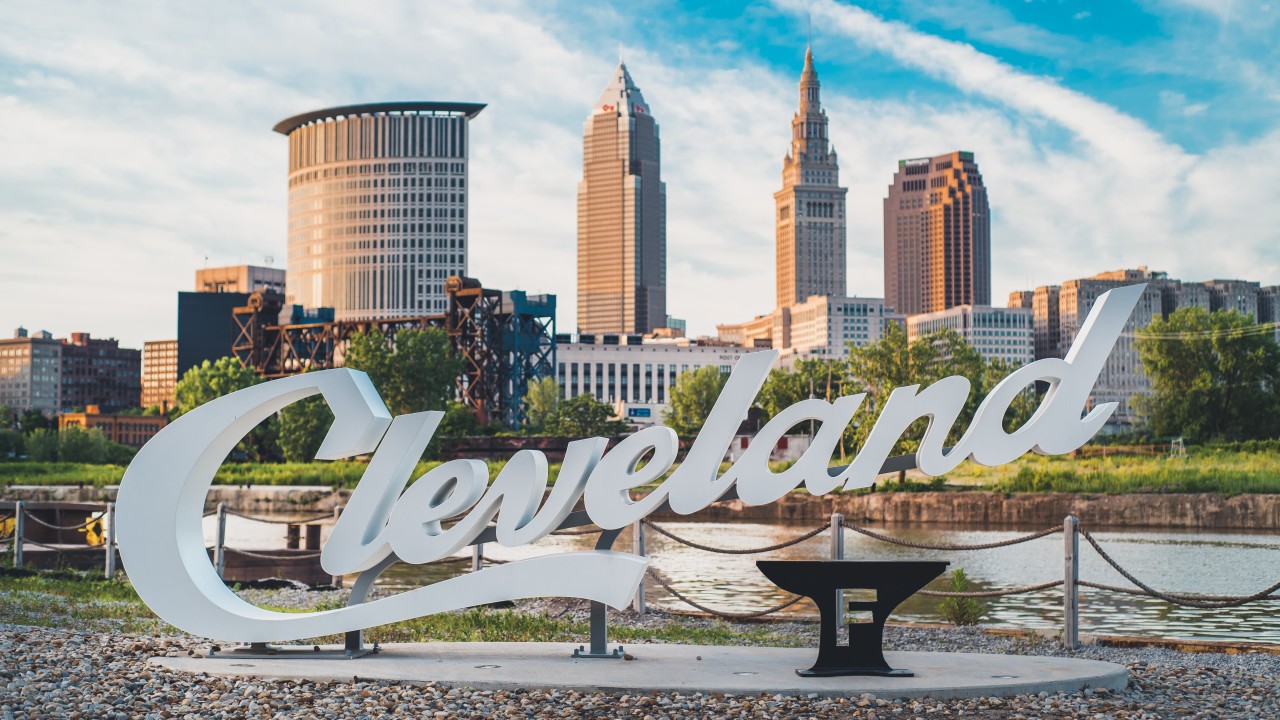 Step outside the conference hotel, and you’ll find yourself in the heart of downtown Cleveland, a city famous for its ups and downs. A century ago, it was the fifth-largest city in the United States, and as a hub for growth and innovation rivaled Silicon Valley today. The buildings surrounding Malls A, B, and C, which jointly constitute one of the nation’s best examples of the “City Beautiful” movement, express the optimism and civic pride of a growing and prosperous metropolis. Decimated by the Great Depression, Cleveland still has not fully recovered. The city’s decline was epitomized by the 1969 fire on the Cuyahoga River and, in 1978, the dubious distinction of being the first major American city to default on its debts. Known by its detractors as “The Mistake on the Lake,” new investments in downtown sparked a resurgence in the 1990s with the construction of Progressive Field and Rocket Mortgage Fieldhouse (originally Jacobs Field and Gund Arena, respectively), and the past decade in particular has seen sustained interest in renewing and redeveloping the area, with several new residential projects and a Heinen’s grocery store making downtown a real option for northeastern Ohioans interested in urban living.

All of the specific locations listed on the scavenger hunt below are within a ten-minute walk of the conference hotel, bounded by Public Square to the west, Lakeside Avenue to the north, Playhouse Square to the east, and Prospect Avenue to the south.

As you explore downtown Cleveland, take note of what you see. Employ the intellectual tools of mapping (Note centers of activity, transportation routes, and points of interest), observing (What kinds of residences, businesses, etc. are here? How do people present themselves?), listening (Don’t be pushy, and do respect others’ privacy, but see if you can strike up a conversation with one or more people from the area; ask the kinds of questions you might have if you were thinking of moving to this part of town), and reflecting (What can you infer about this area from what you see? How might your own assumptions and biases influence your conclusions?).*

Take pictures of the scavenger hunt items/locations you find, and share them on social media with the hashtag #MEHA2022. Be sure to download the Cleveland Historical app for your Apple iPhone or visit their website to look up sites of interest.

For serious walkers who’d like a more ambitious tour (approximately four miles total), try the following. From the Hyatt, go west on Superior Avenue all the way to Settler’s Landing Park on the Cuyahoga River. Follow the river north (toward Lake Erie) and into The Flats. Take Main Avenue back up the hill to West 9th Street and go one block south to Lakeside Avenue. Follow Lakeside all the way to East 9th Street. Go south to Superior Avenue, head east, then take East 13th Street south to Chester Avenue and continue east on Chester to East 17th Street. Take E. 17th south to Euclid Avenue, head west through Playhouse Square and go south on East 14th Street to the Erie Street Cemetery. Go through the cemetery to East 9th Street, turn north, then go west on Prospect Avenue. Cut through East 4th Street, and the entrance to the Arcade/Hyatt will be right in front of you on the other side of Euclid Avenue. 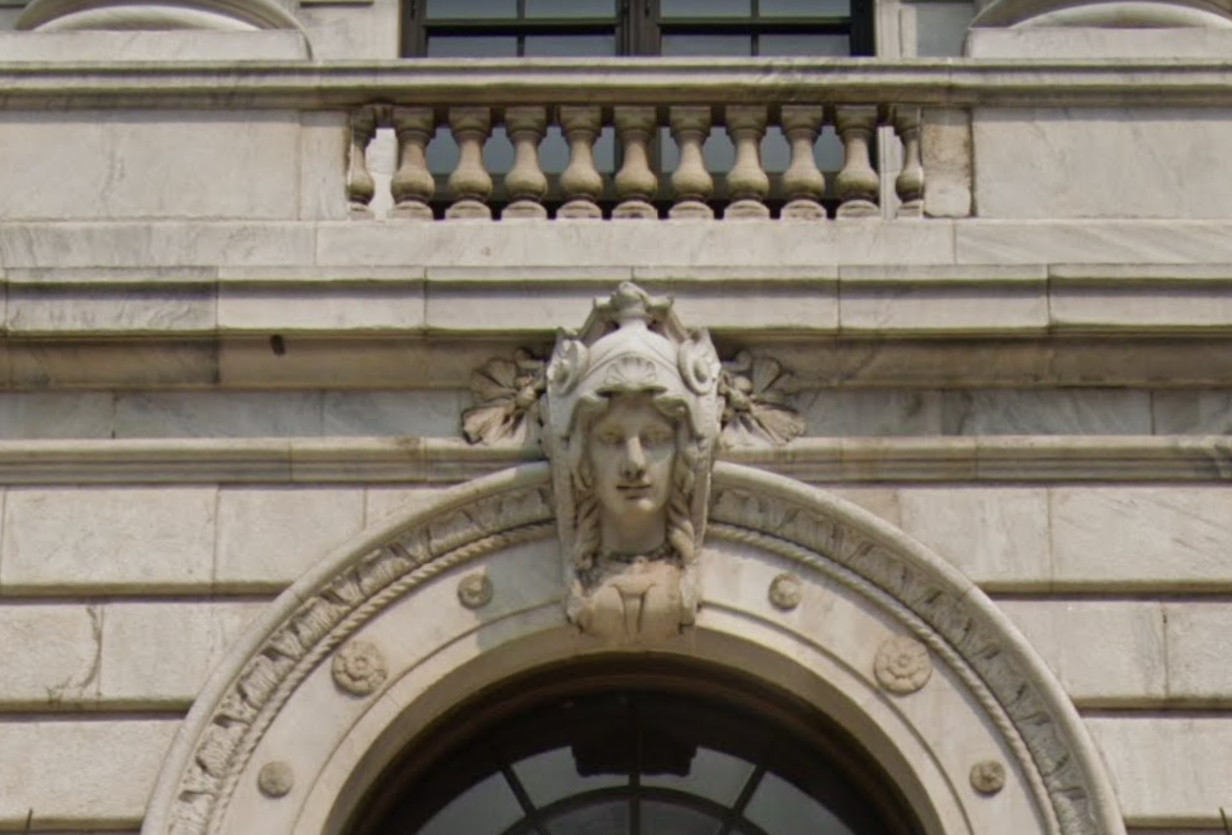 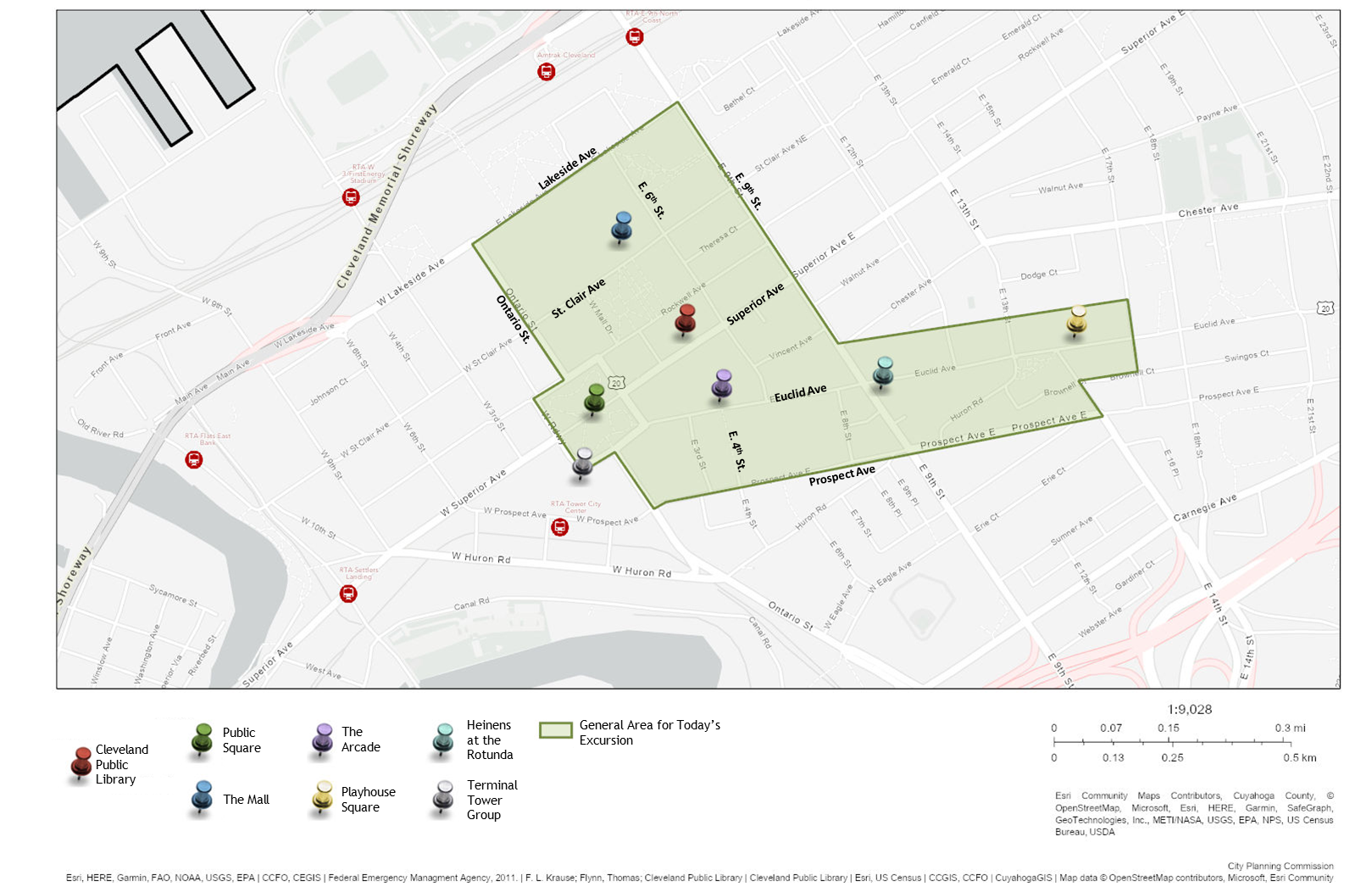 *The MEHA 2022 urban excursion scavenger hunts are inspired by and use techniques described in materials created by the Southern Regional Honors Council for its 2017 conference in Asheville, NC, which itself borrowed from Shatter the Glassy Stare, Peter Machonis, Ed., NCHC monograph series, and the original City as Text™ designed by Bernice Braid for NCHC. Much of the content for the Cleveland-area neighborhoods was created by Stephanie Ryberg-Webster, Ph.D., Associate Professor of Urban Studies at the Cleveland State University Maxine Goodman Levin College of Urban Affairs, and is used with her permission. Additional content has been created by Dr. Adrienne Pounds of CSU and Dr. Matthew Carey Jordan of Cuyahoga Community College.